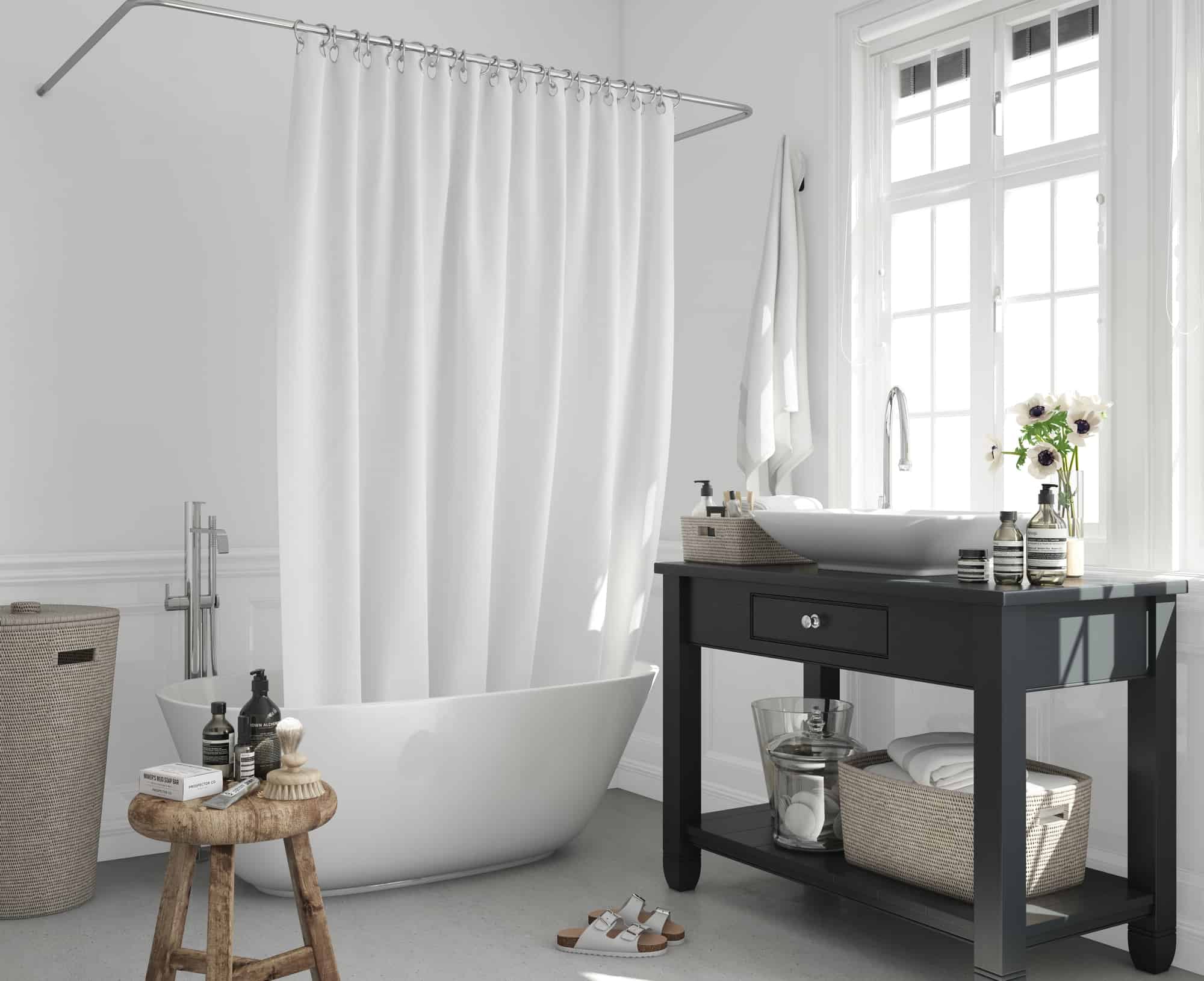 Shower curtains are found in many households around the world. And according to the Center for Health, Environment & Justice, some of them are quietly releasing chemicals that could be harmful to our health.

Shower curtains that contain PVC have been found to release over 100 different volatile organic compounds into the air. These are chemicals that have been linked to damages to the central nervous system among other health impacts, according to the EPA.

Shower curtains that contain PVC or other types of plastic aren’t just bad for your health, they’re bad for the environment, too, considering the vast array of environmental impacts that come from plastic products (and because they aren’t recyclable).

So if you want to protect your health and the environment, you’ll want to opt for a plastic free shower curtain. And, the good news is that you have several different options based on your budget and personal tastes.

A non plastic shower curtain may sound like a strange concept at first, but in practice, there are plenty alternatives that keep the water where it’s supposed to be – and look a whole lot better while doing so!

Check out some of our preferred zero waste shower curtain options below.

If you want a truly zero waste shower curtain, you’ll want to opt for one made from natural fibers like hemp, cotton, or linen.

Hemp is one of the most sustainable fabrics out there, due to the plant returning a high volume of nutrients to the soil when grown, and because it requires a lot less water to grow compared to fibers like cotton.

Hemp shower curtains aren’t super easy to find in stores (see below on where to buy), and they can be more expensive than traditional plastic shower curtains. But, they are biodegradable, don’t emit toxic chemicals, and are mold and bacteria resistant.

They can also be machine washed regularly to stay fresh, and you don’t need a shower curtain liner due to their heavy weight.

Where to buy a Hemp Shower Curtain

Cotton is another natural fiber option for a plastic free shower curtain. They are biodegradable at end of life and don’t emit toxic chemicals. But cotton is often grown with pesticides and fertilizers and large quantities of water, making them generally a less sustainable option than hemp.

Some varieties, like this one from Life Kind, are made with organic cotton and naturally repel water, so you don’t need a liner. Like hemp shower curtains, cotton ones generally are more expensive than plastic, so they may not be an option if you’re on a tight budget.

Where to buy a Cotton Shower Curtain

Like hemp and cotton, linen is a natural fiber that is biodegradable and free of toxic chemicals, making it a good zero waste, plastic-free, non-toxic shower curtain option. Linen curtains work similar to that of a cotton and hemp curtain and can also be on the pricier end.

However, they can sometimes be less water-repellent than cotton and hemp varieties, so it’s extra important to make sure that after each use, excess water is squeezed out of the curtain and it’s in a well-ventilated bathroom with plenty of space to fully dry between uses.

You can also opt to buy them with a liner, preferably a liner made with PEVA, if you are concerned about water soaking through the curtain.

Where to buy a linen shower curtain?

Vinyl curtains aren’t plastic free, nor are they zero waste. However, they are a lot more affordable than natural fiber options and can still keep dangerous toxins out of your home.

Curtains made with PEVA, a type of vinyl, are a good option because of their affordability, lack of toxins, and ability to biodegrade at end-of-life. They are also machine washable, and will last longer than a typical plastic shower curtain.

However, it’s important to note that some research suggests that PEVA can be harmful to some organisms, so environmentally speaking, natural fibers are still your best option if you want a fully eco-friendly shower curtain.

Where to buy a PEVA shower curtain?

Shower screens may not be an option if you live in an apartment with certain installation restrictions, but if you own a home, these may be a good option- both aesthetically and environmentally.

What About Shower Curtain Liners?

Despite being popular, shower curtain liners often aren’t necessary. As long as you take good care of your curtain, buy a high quality one so it doesn’t leak, and let it dry between uses, you don’t really need a liner.

However, if you aren’t fully comfortable with using a curtain without one or don’t think your bathroom is well ventilated enough to keep your fabric curtains dry, consider using a PEVA curtain as your liner.

No matter which shower curtain option you choose, you’re probably going to have to contend with mold and/or bacteria at some point.

However, there are steps you can take to keep the mold at bay so you can keep your plastic-free shower curtain fresh, clean, and long-lasting.

Whether you want to save the earth or simply detox your home, swapping to a zero waste shower curtain can be a good, simple place to start. And if you can’t afford to make the investment in a new curtain, you can always try finding one at your local thrift store, or you can try your hand at making your own with a used bed sheet and some linseed oil. 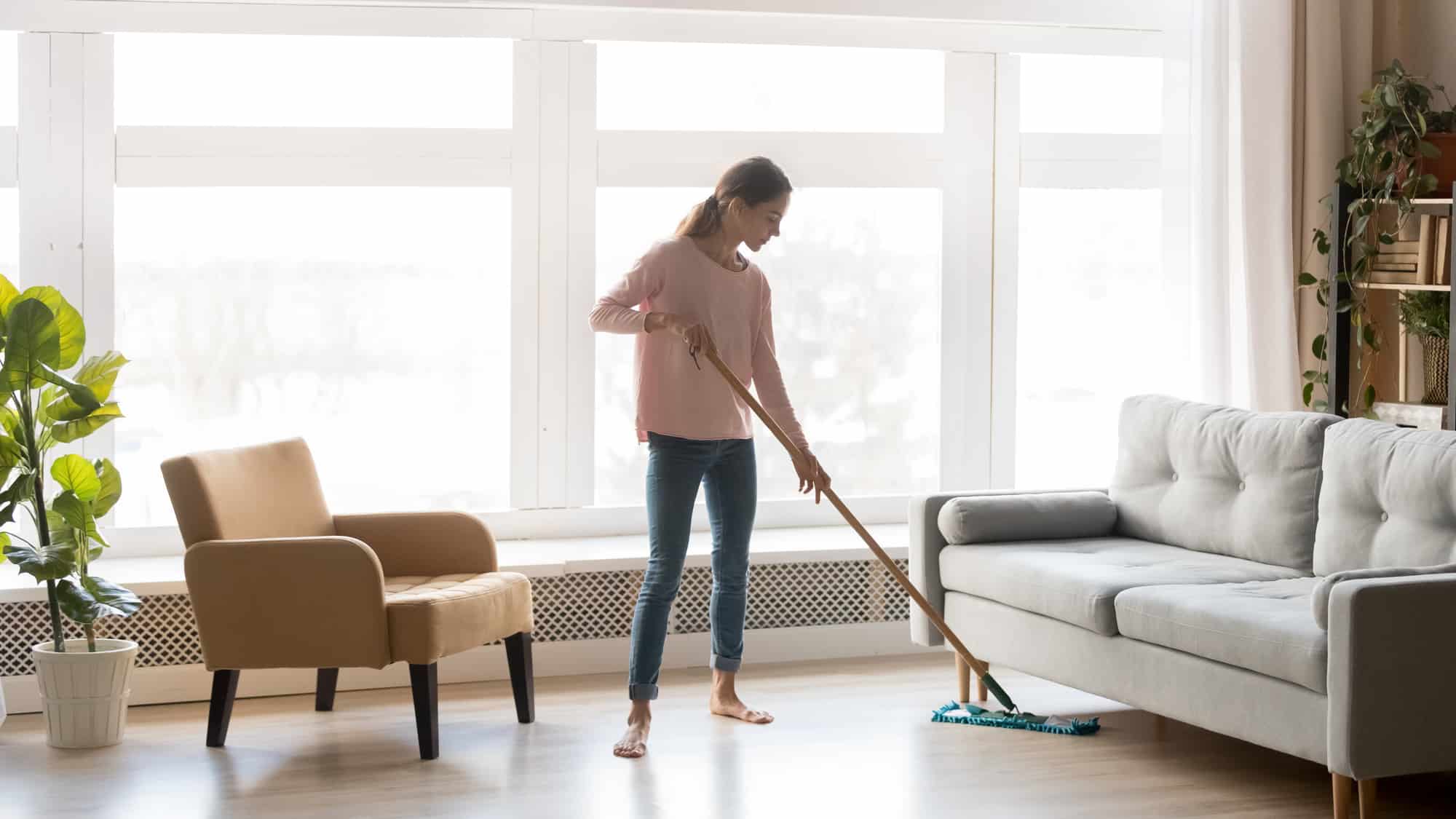 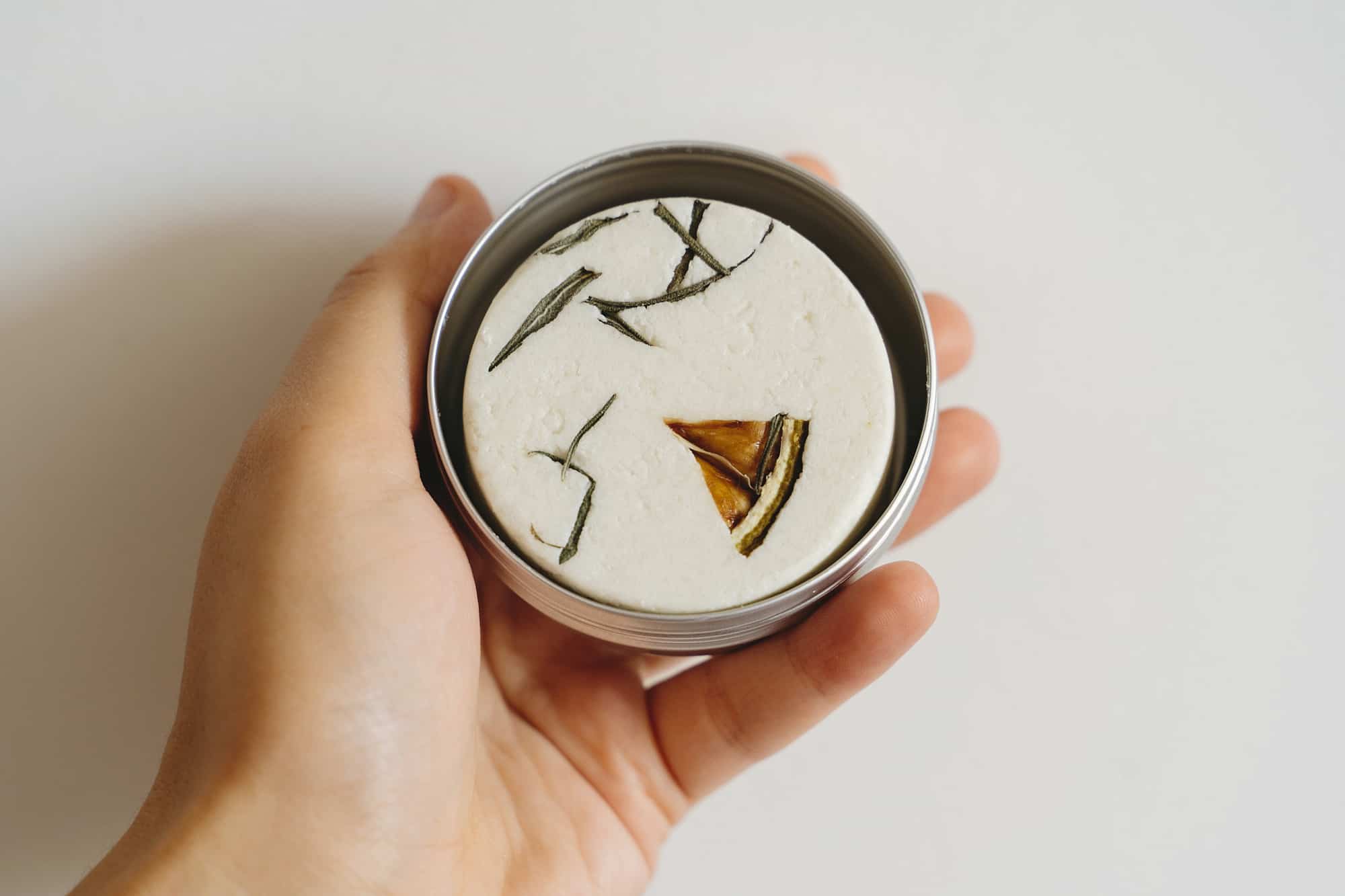 Zero Waste Shampoo: Because You (And the Earth) Are Worth It!
Read Next Post →
Click here to cancel reply. 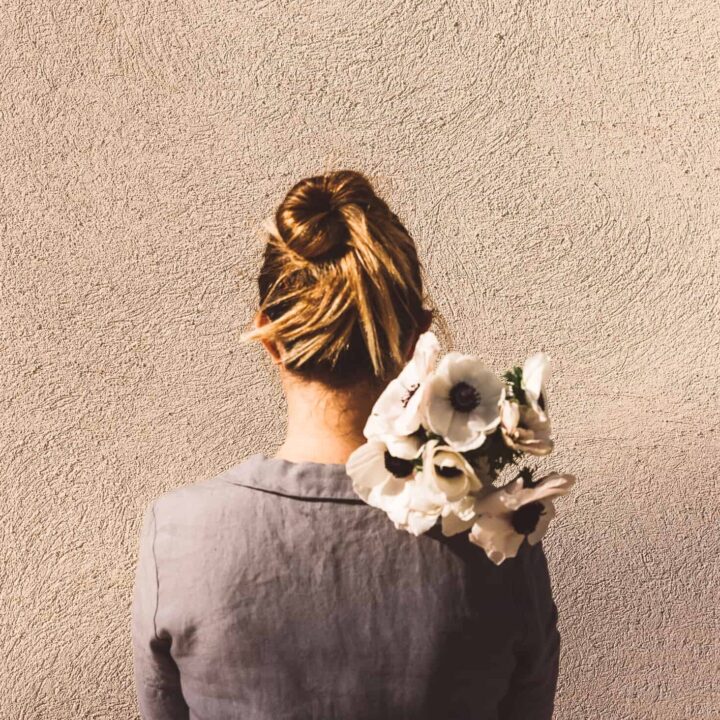